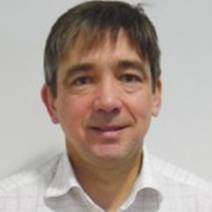 Tim is Consultant Paediatric neurologist at Royal Manchester Children’s Hospital and Lead Clinician for NorCESS. He graduated from Edinburgh University in 1986 and after jobs in Scotland and London, trained in neurology in Newcastle, Nottingham, Sheffield and Los Angeles before taking up his current post in 1998.

He is the lead for complex epilepsy for the North West region and has, with colleagues, established services for ketogenic diet and vagal nerve stimulation, as well as for epilepsy surgery, in Manchester. He has been chair of the British Paediatric Epilepsy group and chair of the Neurosciences group of the Medicines For Children Research Network.

Research interests include new drug treatments for epilepsy and the treatment of status epilepticus. He developed the national status treatment guidelines in 2000 with Dr Appleton.