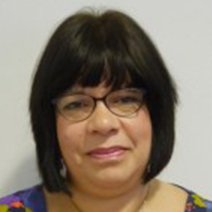 Sarah qualified as a Clinical Physiologist (Neuro) in 1984. During her training she worked at Great Ormond Street Hospital for 6 months.

Sarah worked at The National Hospital, Queen Square, London from 1984 to 1989. She moved to work at St Georges Healthcare Trust, London as the clinical manager of the Neurophysiology department where she set up the video EEG telemetry service for adults and children.

As a result of her involvement in video EEG telemetry she developed an interest in Epilepsy, attending the MSc in Epileptology from 1997 to 1999 at Kings College Hospital.

Sarah’s family relocated to the North West in 2001. Sarah initially worked at Hope Hospital and for the past seven years has worked at Central Manchester University Hospitals. Since the relocation of Royal Manchester Children’s Hospital to the Central site in 2009 she have had a gradually increasing role in the Children’s Neurophysiology Department and is excited to be able to rekindle her interest in epilepsy with the department’s involvement in the epilepsy surgery programme.