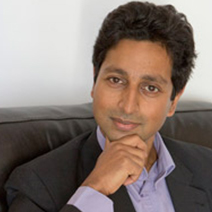 Ram’s area of expertise is early brain injury and its consequences, in particular neurorehabilitation of spasticity and movement disorders. He works with a lot of adult and paediatric specialists and therapists.

Ram also undertakes general and acute paediatric neurology inpatient on-call and outpatient clinics at Alder Hey and across a number of other hospitals in the region.