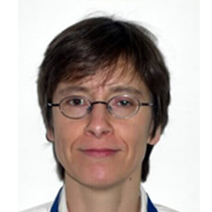 At The Christie, Dr Whitfield treats Central Nervous System (brain and spinal) tumours in adults and children. She is a member of the Neurosciences, Skull Base and Stereotactic Radiosurgery (SRS) MDTs at Salford Royal Hospital and the Paediatric Oncology MDT at Royal Manchester Children’s Hospital.

Dr Whitfield graduated from St Bartholomew’s and the Royal London School of Medicine and Dentistry in 1998 and was proxime accessit to the University of London gold medal. Her postgraduate training was initially in London (two years), and then in East Anglia, primarily at Addenbrookes Hospital, Cambridge. She started as a Specialist Registrar in Clinical Oncology in February 2002, and gained the Fellowship of the Royal College of Radiologists (FRCR) in 2005, after which she undertook a PhD in Manchester in Image Guided Radiotherapy (2006-2010) before completing her clinical training in Cambridge and taking up a consultant appointment at The Christie in August 2011.

Dr Whitfield is part of the Radiotherapy Related Research Group at The Christie. Her research in CNS tumours is focused on outcomes of treatment, exploiting advanced radiotherapy techniques including SRS and IMRT, research in preparation for proton therapy and providing radiotherapy expertise for early phase trials. She is chief investigator for a phase 2 trial of Hippocampal Sparing versus Conventional Whole Brain Radiotherapy after surgical resection or radiosurgery inpatients with 1-4 brain metastases for which she was awarded a grant from Cancer Research UK and the Brain Tumour charity.
Dr Whitfield is a member of the NHS England Proton Overseas Programme Clinical Reference Panel for adult cases, of the Imaging and Technology subgroup of the National Cancer Research Institute (NCRI) Brain Clinical Studies Group and of the NCRI Clinical and Translational Radiotherapy Research Working Group (CTRad), Workstream 4, and is the Royal College of Radiologists lead for CNS Clinical Oncology Online Forum.